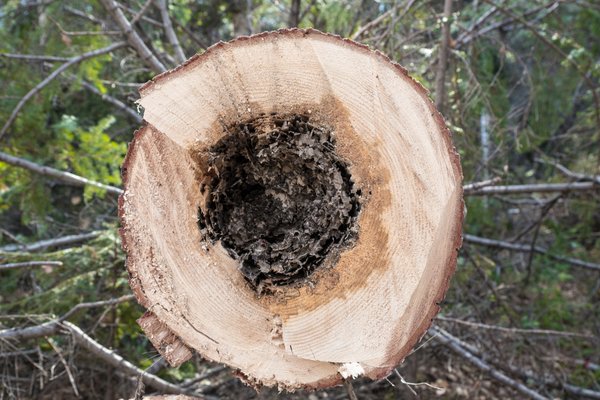 When planting trees, property owners usually take care of it by watering, fertilizing, staking and pruning them. These are all basic steps for maintaining your trees in Canada. But like humans, trees are not immune to diseases and death. Your trees may need treatment, too.

An important part of keeping your trees healthy and strong is protecting them from invasive pests and species. The first step is to learn how to spot these common Canada tree killers.

Here are six of the most common invasive tree killers in Canada and how to spot them:

Asian Longhorn Beetles were first found in 2003 in Toronto. It is believed that this species of beetle was transported from Asia to North America in the mid 1990’s. They attack trees by damaging the trunk tissue.

Adult beetles are 1.4 inches long with black and white antennae that appear longer than the body. You will find them feeding on twigs and leaves in the summer. These attack maple, birch, sycamore, hackberry, elm, mountain ash, and horse chestnut trees.

The Emerald Ash Borer is native to China and was first found in southwest Ontario in 2002. This species has killed more than 260,000 hectares of Ontario forests, reports The Weather Network. Further, the report also says it can kill up to 99 per cent of ash trees when there’s infestation because of the absence of natural predators.

The beetles attack and kill ash trees. They have a shiny green body and are 1.2 inches long. Trees infected by the Emerald Ash Borer have yellowing leaves. They lose leaves in the canopy and suckers also grow from the trunk’s base.

Magnolia Scales are insects that feed on the tree’s sap. They produce a lot of sugary waste called honeydew that attracts many insects like flies and bees. Heavy infestation can kill the tree’s branches or in severe cases, the whole tree. This insect attacks magnolia and tulip trees.

Signs of Magnolia Scales infestation are the sticky honeydew and the black fungus that grows on it. Yellowing of leaves and declining branches may also be noticed.

Dutch Elm Disease is a disease caused by the Ceratocystis ulmi fungus. It was first seen in Eastern Canada in the 1940’s. The disease can spread in two ways. It can be transported by European elm bark beets or native elm bark beetles. Trees can also also get it through root grafts between neighboring trees. This disease attacks all native species of elm trees found in Canada: American Elm, Rock Elm, and Red or Slippery Elm.

The main symptoms of Dutch Elm Disease are the wilting and yellowing of leaves. A discolored ring or dark streaks can be seen when the infected branches are cut. Once the leaves wither and fall from the tree, the branches and the entire tree might also die soon.

Brown Spruce Longhorn Beetles were first found in Nova Scotia in 1998. The adult beetles are .5 inch long, characterized by a dark head and thorax and a brown abdomen. In North America, this species is known to attack mature spruce trees.

Some signs of Brown Spruce Longhorn Beetle infestation are leaves that turn from green to yellow then brown and the presence of too much resin cascading down the tree’s trunk.

Beech Bark Disease is caused by beech scale insects and nectria fungus. The beech scales are wingless insects with soft bodies. They are around .5 to 1 mm long. They usually attack mature beech trees that have a diameter of more than eight inches.

Beech Bark Disease may be present when you see dark red fruit-like structures on the bark, waxy secretions from the bark, wilting and yellowing leaves, and also thinning crowns.

To the untrained eye, many of the symptoms of these common tree killers in Canada may look similar and may be difficult to diagnose. The next step is to contact a tree care and removal company who will be able to diagnose and treat your trees before you lose them to diseases. It is also recommended to get your trees checked by certified arborists every three years. For professional tree care and treatment in Ottawa and the Valley, call us.

Your form has been
submitted successfully!